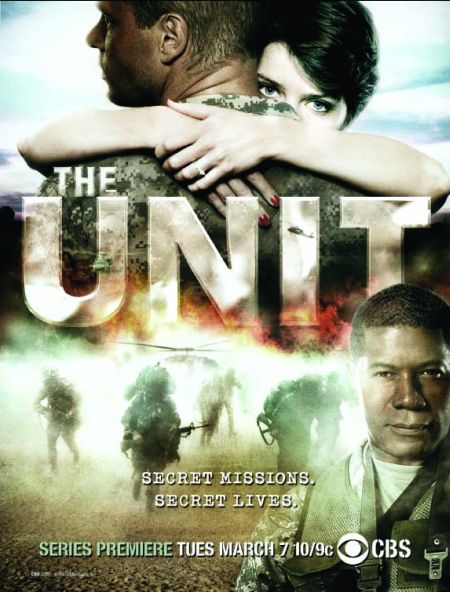 Hour long show which looks at the life of American super-secret operators.

Apparently my review isn't long enough, so I'll go into some detail. The plots and characters are too simple and convenient. To me it feels like the show can't decide if it wants to be Full Metal Jacket or the A-team, and you REALLY need to pick a lane as far as that goes. Having just finished four seasons of this beautiful show, both myself and my partner concluded that it was truly great and deserved a fifth season.

Some fans of the show on this or that forum think that lefties won't like it, but both myself and my sweetheart are very left wing, and that did not stop us from loving it. Being left wing does not make you anti-army, even if some adopt such an extreme stance. For most lefties, disagreements with right wingers lie with the ideological use of the army and issues of accountability, and other issues surrounding specifics. But a constant is that soldiers face situations that require mastery of fear and great bravery which most of us will never have to face, and even if we disagree with a specific war or issues of human rights accountability, most of us know that they play a vital role in keeping us safe, that they are brave, and are thankful for (and in admiration of) what they do even though most are anonymous heroes. One can criticize the politics/politicians without criticizing all soldiers.

There were some episodes with a very conservative leaning (but I've seen conservatives complain about other episodes being left leaning), but I am capable of enjoying a great quality episode even if I happen to disagree with the political orientation of the writer of the episode. The writing is brilliant, the actors are even better, but like all TV shows there are some weaknesses and weaker episodes than others.

The show provides great insight into the bravery, moral dilemmas, good sides, bad sides of anonymous individual soldiers who are part of a covert team, as well as how families of these soldiers cope with the difficult life. Of course, there are many opinions one may hold from an ethical point of view, but irrespective of those positions, the show portrays brave characters who are morally complex, and even if the show may displease some at a political level, just enjoy the amazing portrayal of the human side of anonymous soldiers and their families as well as a very interesting description of what many covert teams actually do. Jonas Blane - Snake Doctor

Bridget Sullivan (unofficial member of the Unit) - Red Cap According to remarks and interviews made by members of the cast and crew and leaks on the internet these are some of the rumoured storyline ideas for the series if it had made it into a fifth season; - Tom Ryan would realise that despite becoming a Brigadier General his new position is essentially a meaningless administrative post, the military hierarchy has actually succeeded in sidelining him through his promotion. The Unit must adapt to his replacement, a female commanding officer who is a political appointee with little or no experience of covert operations.